The cleantech technological revolution has come to Philly. Of course, it was more of a homecoming, as Tucker Twitmyer of EnerTech Capital pointed out. "Cleantech investing got its start in Philly," Tucker said. "With the formation of the first dedicated cleantech fund in 1996." 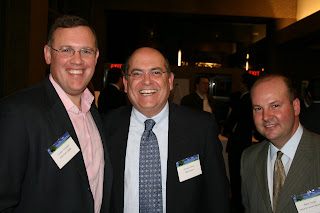 The program featured a panel of industry veterans, including 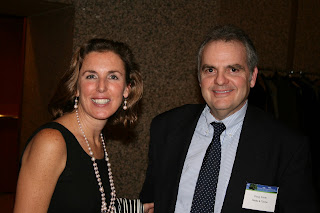 Katie McGinty, former Secretary of PA DEP, was the keynote speaker at the event. She said, paraphrasing Dickens, "It is the best of times and the worst of times." After dispensing with the worst (as exemplified by this morning's New York Times article "Dark Days for Green Energy"), Katie quickly moved on to opportunities.

"I think there will be a Federal RPS by the end of the calendar year," Katie told the crowd of 150. That should spur growth in the sector. She offered a cautiously optimistic tone, saying, "Hang in there and be ready."

The event marked the launching of the Renewable Energy Business Network (REBN) in the Mid-Atlantic region. REBN enables business professionals, researchers, entrepreneurs and investors to connect with one another, and to promote the growth of the renewable energy industry. REBN provides opportunities for networking, collaboration, education and business creation. 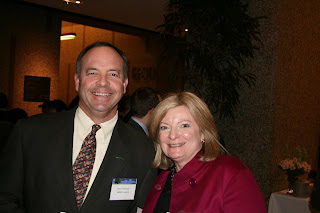 "We hope to catalyze your efforts in our region and to spur further development in this sector," REBN MA co-founder Kevin Brown said to the crowd of investors, entrepreneurs, and company representatives. "We believe the Mid-Atlantic region is poised to play a significant role in renewable energy, clean tech, and energy efficiency innovations in the years to come."

REBN Mid-Atlantic will host a series of informal gatherings and build partnerships with others to promote the sector throughout the region.

You can register on REBN.org or sign up for the REBN Group on LinkedIn to get connected with other members in the six other chapters around the country.

(Disclosure: I am co-founder of the REBN Mid-Atlantic Chapter.)

Posted by greenskeptic at 11:28 PM