Is the Sky Falling for Cleantech Investment? 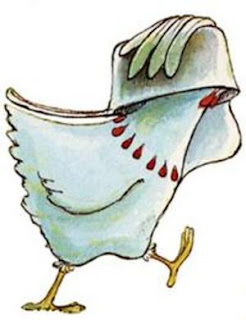 And to look at the latest report on quarterly cleantech venture investment released last week by Cleantech Group, one might think the same is true for this sector.

"Measured by dollars invested, cleantech venture investment fell 14 percent compared to the previous quarter ($1.88 billion) and was off 25 percent from 2Q11 ($2.15 billion),” according to the Cleantech Group. “The number of deals recorded in 2Q12 was 155, compared to 197 in 1Q12. The tally may rise again once all investors have reported all deals."

But does it really mean the sky is falling?

“Despite headwinds facing the sector and global economic instability, we continue to observe top tier funds such as Khosla Ventures, Kleiner Perkins, NEA, and others actively investing into cleantech,” said Cleantech Group CEO Sheeraz Haji in a press release.

“While some may be ducking ‘cleantech’ as a label in North America," Haji noted, "growth in technologies addressing resource and energy challenges remains strong and both corporate and investor interest remains high.”

"The dip in cleantech venture capital this year is not unexpected," Dallas Kachan of Kachan & Co., wrote in an email to me last week. "We forecasted a decrease in cleantech VC in 2012 due to a tightening in the investor fundraising climate, waning policy support in the developed world, perennial concerns about IRRs in cleantech and macro-economic turbulence and other factors.”

Another factor may be that investors who were dabbling in cleantech the past couple of years have fled the sector, which may have artificially inflated the numbers in previously quarters and years.

I've also been hearing from several investors and entrepreneurs with whom I speak to regularly, that there's still an overall belt-tightening in the investor world.

Other investors may not be convinced the sector will thrive without a carbon price, which we won't see any time before the November election -- if then!


The news isn't all grim, however, and venture capital is not the only money in the sector.

Increasingly, big companies are filling the gap from the venture community and those firms that are in it for the long haul are making follow-on investments.

"The largest companies in the world are buying their way into clean technology markets," Kachan noted in the same email exchange, "supplementing the role of traditional private equity and evidencing a maturation of the cleantech sector. A decrease in venture is being made up for by a rise in corporate involvement in cleantech."

Still, there has been a shakeout in cleantech companies as subsidies get pulled and follow-on money ceases its flow.

"A lot of cleantech startups have been getting shaken out and will continue to do so," wrote Rob Day in his excellent take on the Cleantech Group findings.

Day also noted some positive news, however, that Limited Partners (LPs) "finally appear to be slowly getting   back into the habit of funding cleantech venture capital firms. So I think we'll see a pickup in deal flow in the second half of the year. But probably not enough to forestall the ongoing shakeout."

As Day and others have noted, deal counts may be more indicative than dollars when it comes to judging the overall health of investing in the sector.

The top two sub-sectors in terms of deal counts in the Cleantech Group report? Energy efficiency and water.

Posted by greenskeptic at 2:53 PM