On Ideas, Status, Conversation, and Flow: Life and Twitter 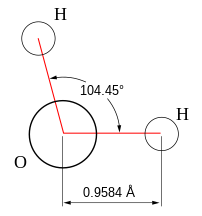 Fred Wilson wrote on his blog, A VC, yesterday about how the status update has become the primary user experience, whether you're on Facebook or Twitter or another social networking option.

"I believe Facebook's recognition of status as the most important and most powerful social gesture seals the deal," wrote Fred. "Status is where it's at in social networking. This is very good for Twitter and it's also very good for the other social nets who recognize this and move quickly to provide status updating features and open them up to the social web."

Howard Lindzon, whose latest idea StockTwits, is built on the Twitter API and features a clever twist on the status update (Substitute "What Are You Trading?" for "What Are You Doing?"), countered that "It's about Ideas."

I agreed with both and said so in a tweet yesterday afternoon: I think it's about Status + Ideas + Conversation.


Jeffrey McLarty, who knows about such things from his study of global water issues, commented that it's all about flow. More specifically, "the flow of it all."

My wife, who is always right, really doesn't get Twitter or why I'm hooked on it. She asked me yesterday whether I preferred my "Twitter life" or my real life. Of course I said my real life, but later I started thinking about it.

There are plenty of moments during any given day when I do prefer my life online, connected to the folks in my various social networks over what I'm doing at that moment. And there are other times when I want to shut off that online world.

But then, it's becoming increasing apparent to me that there is no real difference between the two. And that is where the flow happens: I'll tweet something that feeds into StockTwits, it's picked up and retweeted by a total stranger, and then one of my good friends sees it on my Facebook status feed and comments on it or sends me an email about it.

Another friend calls me to set up a meeting in a couple of weeks and asks me about another tweet, which is in turn commented on by someone else. That comment might trigger another idea in my head, which I might share with my wife or someone with whom I'm having coffee or a beer, which sets off another flow.

A couple of weeks ago I tweeted something about my son collecting coins. One Twitter friend picked up on that and, because he is a coin collector himself, offered to send me some coins from the British Raj. Amazing flow.

The trick is to learn to "go with the flow" and not get swallowed up by it or run ashore. Now that the Dalai Lama (or at least his office) is following me on Twitter, I'm hoping the flow leads to some harmonic convergence or something. Or at least a continuous flow of ideas and status and conversation.

Posted by greenskeptic at 11:32 PM