Obama Urges Energy Efficiency, But Is Anybody Buying? 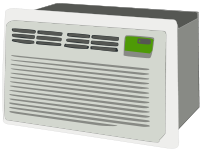 I happen to believe that energy efficiency will have some of the greatest impact on not only energy use, but CO2 emissions reductions, and will have long-term impact on the economy.

Energy efficiency is an effective and often neglected aspect of the new green economy. Studies by the Rocky Mountain Institute, McKinsey & Co., and others have demonstrated that achieving greater efficiency through improving appliances and retrofitting buildings can be an effective way to reduce energy consumption.

"Improving energy efficiency in the buildings-and-appliances and industrial sectors," according to McKinsey Global Institute, "could (assuming substantial barriers can be addressed) offset some 85 percent of the projected incremental demand for electricity in 2030, largely negating the need for the incremental coal-fired power plants assumed in the government reference case."

Saving energy costs less than buying it, and the new standards recommended by Obama and Energy Secretary Steven Chu, are meant to encourage innovation in a range of household and commercial electrical items, starting with ovens, lamps, microwaves, dishwashers, and air conditioners.

The question is, will anybody be buying new appliances any time soon? And where are they going to get the money?

Reblog this post [with Zemanta]">
Posted by greenskeptic at 11:05 PM