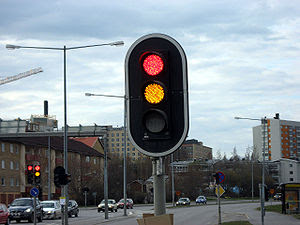 Image via Wikipedia
Greetings, it's Friday. I'm getting ready to head down to Oak Island for a little R&R, but not before posting this week's links of interest:

Applied Materials ($AMAT) gave the ax to its thin-film solar business, laying off 500, according to a report in VentureBeat, which could be a blow to Green Skeptic fav First Solar ($FSLR) and other thin-film companies: Thin Film Solar.

A piece in the New York Times on privacy and social networks is a must-read: "The Web Means the End of Forgetting".

Another Green Skeptic favorite, Cree, extended its LED market leadership with what it calls the industry's most color-consistent LEDs (press release): $CREE.

No surprises really that China topped the US in energy use. The first time since the early 1900s that the US has not been the top energy consumer: China.

And, finally, the Climate Bill officially died as Senate Dems determined it could get no power, Captain: Climate Fail.


(Disclosure: I hold long positions in FSLR, CREE and ENOC. This post is for informational purposes only and is neither intended to be investment advice nor an offer, or the solicitation of any offer, to buy or sell any securities.)

Posted by greenskeptic at 9:04 AM