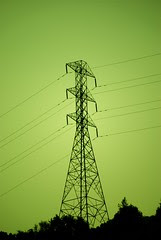 I agree with Shari that "smart metering is as close as you can get to free market allocation of electricity. When demand is high, prices increase, when demand is low, prices decrease."

And I don't buy the irrational fears about smart meters being "Big Environmental Brother" telling you what to do and taking information about your usage for nefarious purposes.

If folks are that concerned about privacy issues, they best get off the grid entirely, throw out their cable box, stay off the Internet, and cut up their credit cards. Oh, and while they're at it, better stop using that GPS-enabled mobile phone.

Smart metering, which is only a small piece of the overall smart grid puzzle, as Katie Fehrenbacher of Earth2Tech pointed out last week, allows for greater choice and control by consumers over their usage and relative costs of electricity.

Sure, utilities can "control" demand when they need to, but that will only enhance the reliability of electricity delivery, an increasingly important need as our lives, businesses, and economies become even more entwined with the grid.

And that grid is getting old and tired.

"Most of the electric utility infrastructure deployed in the industrialized world was built between 60 and 80 years ago," says Larry Fisher, research director of NextGen, a unit of ABI Research, which released a study on Smart Grid Applications last week.

"Much of this infrastructure is outdated," Fisher says, "and with the continuing increase in demand for power year after year, the grid cannot safely and reliably manage the loads of today and tomorrow without significant upgrades."

Further, the "cumulative global investment in smart grids, including smart meter implementations as well as upgrades to the transmission and distribution infrastructure, will approach $46 billion by 2015," according to the ABI report.

That sounds like an incredible free market opportunity to me. We are fools to ignore it or let the Chicken Littles kill it with their ungrounded fears.

Don't let the dumb folks take the smart out of your investing in the future.

Posted by greenskeptic at 9:08 AM