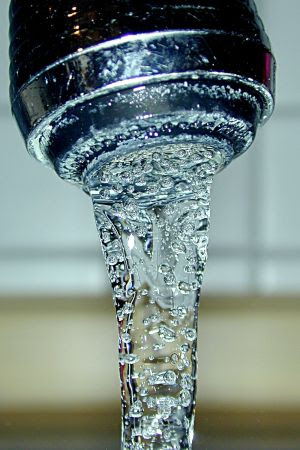 The phrase "Peak Water" was featured as one of the New York Times words that made the year for 2010.  But is it a useful concept and what does it mean for investors?

I've been thinking about the term peak water since a friend of mine asked if I'd seen it on the Times' words of the year list.  As described on that list, peak water is "like 'peak oil,' a theory that humans may have used the water easiest to obtain, and that scarcity may be on the rise."

Meena Palaniappan and Peter H. Gleick, of the Pacific Institute and authors of The World's Water 2008-2009, parse the phrase and find it wanting in this chapter (PDF) from their new book.

Ultimately, the authors point out, water and oil don't correlate as resources go.  The former is infinitely available globally and essential to life; the latter is a finite resource and one for which, despite our addiction to it, we can find or fabricate alternatives.

That said, the world's freshwater reserves are estimated at around 35 million cubic kilometers, according to Gleick and Palaniappan, with the majority of that being "locked up in glaciers and permanent snow cover, or deep groundwater inaccessible to humans."

And while the earth has an overall stock of 1.4 billion cubic kilometers of water, almost 97 percent of it is salt water in the oceans. The authors point out that "the concept of running out of water at the global scale is of little practical utility. There are huge volumes of water -- many thousands of times the volumes humans appropriate for all purposes."

However, regional and local impacts of water use and scarcity can be huge and the disparity of access to freshwater can be great.  So, while the authors conclude that "the use of 'peak water' may be flawed in key ways," it may help to call attention to the need for recognizing the true value of water as a commodity rather than as a cheap resource.

For investors willing to get their toes in the water, so to speak, there may be opportunities trailing the "peak water" trend, as demand for clean, fresh water grows in developing countries and even in the US.

Island nations and desert countries have already had to get more creative about how they access clean water, which has led to innovations in desalination, rainwater collection, water reuse, and treatment technologies.

Agriculture and energy provide additional opportunities for investors, as both are large consumers of water.  Smart irrigation, filtration, and efficiency technologies will be key in these sectors, as both try to better manage and increase the productivity of this essential resource.

We've seen an increased interest among investors in clean energy technologies over the past decade, will water be next in line for growth?

Posted by greenskeptic at 10:33 AM