Back in November 2009, Lou Rappaport of Blank Rome asked me a disturbing question at the MAC Alliance Conference in Philadelphia.

Here's the post I wrote in response to his question:


On the face of it, Lou's question was a simple one:

"What keeps you up at night?"

We were interrupted before I could answer, but Lou's question lingered with me. 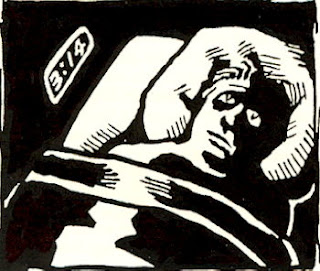 In fact, it kept me up the past couple of nights.

By way of an answer now, here are seven things that keep me up at night:

1.) We will fail to embrace change and tackle the new green economy.

2.) We are so deeply entrenched in partisan politics that we will blow this opportunity to lead in a sector (alternative energy) that we invented.

3.) The Dems have made climate and energy a "left" issue and the right has ceded it to them. Where is the GOP leadership stepping up to fill the void on these issues?*

4.) Enviros and NIMBYs will kill the energy economy transformation by blocking efforts on clean coal, nuclear, natural gas exploration, and the new electric grid just as they did with wind farms and offshore drilling.

5.) We don't have time to dither, yet we are a nation of inveterate ditherers.

6.) While we dither and dawdle, China is ready to seize the day.

Posted by greenskeptic at 8:30 AM