My pal Nat Bullard of Bloomberg New Energy Finance kicked off EY's 4th annual Cleantech CEO Retreat, which I hosted a couple of weeks ago, with a look back.

Here is his post from his Sparklines email newsletter, reprinted with his permission:

Below is my opening presentation to the 90+ CEOs of cleantech pure-plays and high-level senior executives: "Four moments in cleantech time."

Speaking to a group of cleantech executives in 2014 is exciting, because it is an exciting time for the sector – but when is it not? Boundaries shift, companies come and go, technologies evolve, but history matters.

Let me create a sense of where we are now, and where we may be going, with four moments in cleantech time over the past 60 years. 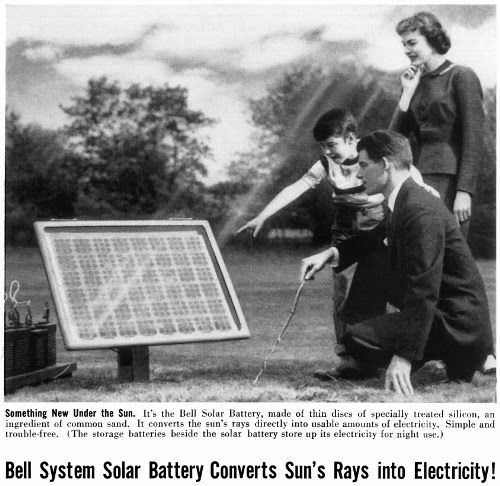 This is the first moment – the Bell Solar Battery, invented sixty years ago. It is instantly recognizable today as a PV panel and a deep-cycle battery, simultaneously the first of its kind and an archetype. Why use this?

Even in its first year, the technology faced the same challenges it does today: forcing costs down, and efficiency up; deciding on best applications; incorporating storage if needed; choosing to manufacture in-house or through a contract manufacturer.

Just as important as what the tech was, is what it became after lowering costs by orders of magnitude: the prime mover of a distributed energy paradigm, driven by experience curves and innovative business models. Importantly, it was something both profound and easy to underestimate from its small base. 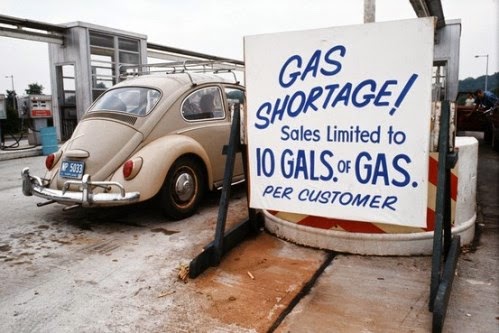 Jump ahead 20 years, and we have the first oil price shock, with a quadrupling in one year. This shock gave us three things which are key to our thinking. The first is a national and international sense of urgency to thinking about the future energy mix and security of supply. It was also a time in which corporations (in particular oil companies) began to make solar PV in commercial quantities for applications other than satellites. And it was also when the US Department of Energy, and an entrepreneur named George Mitchell, began the first efforts of another extraordinary change driver in energy: hydraulic fracturing. 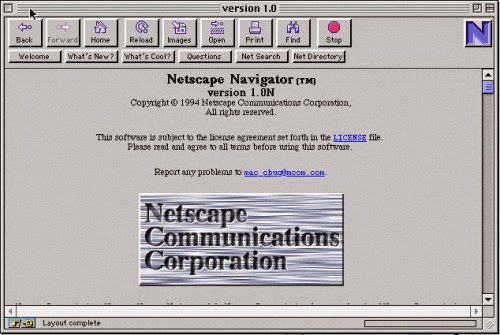 Another 20 years ahead – in fact, 20 years ago yesterday – was the launch of Netscape Navigator, the first meaningful and universal human-system computer interface. It provided a way for everyone to use the internet, and also created the ability to start companies light. How many companies here, now, are web-based? How many are cloud-based? And what will another 20 years of the Internet bring us – an effortlessly connected world of smart and enabled devices? 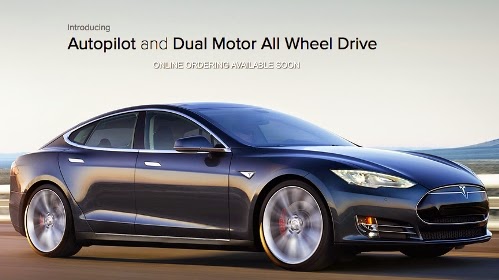 A final 20 years forward, to last week: Tesla’s latest, the dual-motor version of its Model S. I think it is the start to an alternate path to surface transport: all-electric, safe, quiet, very low-maintenance, over-the-air-updated…and with performance better than a supercar (or, perhaps it is a supercar with four doors). It eschews the traditional dealer network, a direct challenge to a very established mode of selling and inventory organisation. It is capable of autopilot; eventually, it will be fully autonomous.

A final thought, spurred on by the dual-motor Tesla. It’s still a puzzle to explain. Read the press, and the comments are "even with the extra weight of a second motor, the car has better performance and longer battery life." Well – the extra motor is only the size of a watermelon! It’s not like grafting another four cylinders onto a big-block V8.

To take it back to the start: there’s a thread connecting the Tesla to the first solar panel. Both are promising, experience curve-driven technologies. They are still a puzzle to some. They are just getting started at scale. The most important tool for thinking of where they will go in the future, is imagination.

©2014 Bloomberg Finance L.P. All rights reserved. Used by permission of the author.

Posted by greenskeptic at 7:30 AM