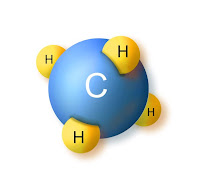 As I write this there's a strong odor of natural gas outside my house. Philadelphia Gas Works has been notified and is sending someone out.  But if you don't hear from me after this post, you will know why.

David Anthony, Managing Partner of 21Ventures, asked Is there a future for hydrogen? in a post in OnGreen.com this week. Seems there are a lot of hurdles for hydrogen and still a l-o-n-g way to go, especially with natural gas being readily available and cheaper for many uses.  I just don't see how hydrogen competes.

And former South Carolina GOP Representative Bob Inglis says it's Time to Change What We Tax.

Car & Driver does its first drive revie of the Fisker Karma and finds the plug-in hybrid "a beautiful, luxurious machine that goes easy on the guilt."

Dan Yurman, writing in The Energy Collective, talks about the former chairman of the Nuclear Regulatory Commission who argues for recycling spent nuclear fuel: Spent Nuclear Fuel is Actually Full of Energy.

And, finally, The Economist wonders whether so-called "black carbon" can fight pollution and help the climate at same time? Climate Change in Black and White.

Have a great weekend.  Hope to see you next week.
Posted by greenskeptic at 9:53 AM