Canadians More Likely than Americans to Believe in Climate Change? 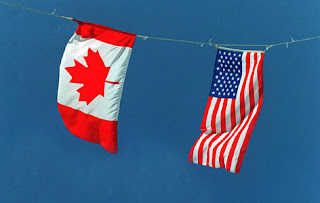 More Canadians than Americans believe climate change is real, according to two surveys of public opinion on climate change commissioned by the Public Policy Forum and Sustainable Prosperity.

Their findings indicate that belief in climate change among Canadians outpaces that among residents of the United States.

In Canada, 80 per cent believe in the science behind climate change, according to the survey results, compared with 58 per cent in the United States.

Taking it a step further, 65 percent of Canadians believe the government has a role to play in addressing climate change; whereas only 43 per cent of Americans feel that way.

The poll also shows 73 percent of Canadians surveyed are willing to pay to address climate change. Canadians demonstrate a higher degree of support for both cap and trade policies and carbon taxes than the American public. Only 55 percent of Americans in the survey support such measures.

In fact, a majority of Canadians respondents are willing to pay up to $50 a month in extra energy costs to address the issue.

The Canadian survey was conducted by Leger Marketing in Montréal Québec and was funded by the Public Policy Forum and Sustainable Prosperity, with additional financial support from Internat Energy Solutions Canada.

For more on the survey: Sustainable Prosperity

Posted by greenskeptic at 11:27 AM