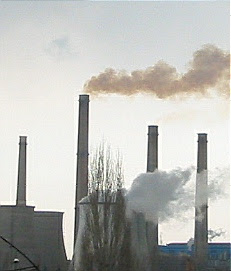 Image via WikipediaA new bi-partisan survey released yesterday claims Americans trust the EPA not Congress to protect them from pollution.

The survey was released just one day before the US House of Representatives votes on a bill that would curtail the EPA's ability to protect public health from air pollution.

What they found was that three out of four American voters support the EPA setting tougher standards on specific air pollutants, including mercury, smog and carbon dioxide, as well as setting higher fuel efficiency standards for heavy duty trucks.

"Voters clearly recognize and respect the role of the EPA in protecting their families from breathing toxic air," said Paul Billings, vice president for national policy and advocacy at the American Lung Association. "They don’t want Congress to interfere with the EPA's authority to take action when lives are clearly at stake."

The House has proposed cutting the EPA’s budget by one third.

"The survey clearly indicates that voters strongly trust the EPA to deal with clean air standards more than Congress," reads a memo from the two pollsters to the ALA. "A bipartisan 69 percent majority believes that EPA scientists, rather than Congress, should set pollution standards. This is despite opposing language arguing that our elected representatives in Congress would do a better job than 'unelected bureaucrats at the EPA.'"

The full survey, along with slides and a memo from Greenberg Quinlan Rosner and Ayres, McHenry and Associates, can be found here.

Posted by greenskeptic at 11:17 AM