Jack Donaghy and the Future of Manufacturing in America 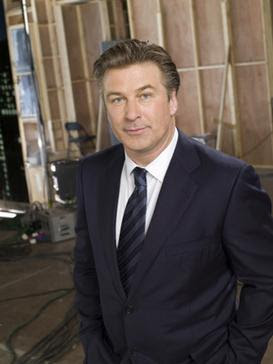 Image via Wikipedia
Jack Donaghy is the archetypal American businessman.  He's a striver who thinks he can get to the top through hard work, innovation and creativity -- and okay not a small dose of cronyism -- really, by making things.

But, Jack, played by Alec Baldwin, is a dying breed.  As he points out in last night's episode of 30 Rock, we've become a nation of consumers rather than a nation of makers.

Jack's company has been bought by a cable network from (ahem) Philadelphia, which as one character says in the episode, "doesn't make anything and has no expectations of innovative ideas from its executives."

Despite this, Jack is determined to make something, to use his creativity to create value.

"We need to get back to doing what American businessmen do best," Jack tells his new colleagues. "Making things."

I think Jack is onto something.  And I'm reminded of a conversation I had a couple of weeks ago with Sheila Kennedy of Kennedy & Violich (KVA) in Boston.

Sheila is an architect, designer, and innovator.  She makes things.  Beautiful things.  Practical things.  Some of the things she makes are going to change the world.  Actually, they are already changing the world.

Her Portable Light Project, for example, is bringing flexible photvoltaics into fabricated products that can be integrated into blankets, handbags, or other useful items to provide a small amount of energy to charge a cell phone or provide lighting for rural villagers without access to power grids.

Soft House is another project of KVA MATx.  Soft House transforms household curtains into a set of energy harvesting textiles generating up to 16,000 watt-hours of electricity -- about half the daily power needs of an average American household.

Sheila makes things.  Yet she was telling me that we've lost the art of making things.  Prototypes, for instance.  It's getting increasingly difficult to find someone in this country to actually make a prototype.  If a designer wants a prototype, she very often has to go overseas to get it made.  Why?

We have become a nation of consumers and packagers and marketers of other people's fabrications.  We've even taken to referring to our economy as a "service economy," as if all we can do now is serve others.  And serve them what?  OPM -- other peoples' makings.

It's really quite extraordinary.  And we're seeing it now in the cleantech sector, too.  The manufacturing, research and development in the sector is shifting oversees, has been for years, but is starting to accelerate now as China, India and others ramp up their capacity to make the products and technologies to meet the energy needs of the future.

When our economy gets too far from the art of manufacturing, of making real, tangible things, it's a bit like what Ezra Pound said about poetry getting too far from music; it begins to atrophy.

There are some hopeful signs, as Sheila and I discussed.  One of these is Etsy, a consumer web marketplace for other peoples' makings; specifically handmade products, art, books, jewelry, handbags, woodworking, and almost everything else you can imagine.

"Your place to buy and sell all things handmade..." is a great tag line.  We need more hopeful efforts to rebuild manufacturing in this country.  The future of manufacturing in America may be smaller, more localized production and distribution, and it certainly requires a more patient, long-term view.

Perhaps then Americans can get back to what we do best, as Jack Donaghy says: making things.

Posted by greenskeptic at 8:23 AM