Green Decade: Were the Aughts All for Naught? 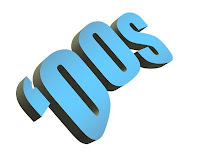 It was the best of decades; it was the worst of decades. Any way you slice it, the Aughts were a surprising decade for the green movement.

Janus-headed, the Aughts were, as entrepreneur and hedge-fund blogger Howard Lindzon pointed out in his end of the decade post, the "decade was all about two things, creative and greedy destruction."

From the Clinton/Gore failures to act on climate change when they had the opportunity, if not the Congress, to the Bush Administration's eviscerating the EPA and altering documents while encouraging quiet progress on emissions reductions, doesn't seem like a decade of progress.

Still, the Aughts saw "sustainability" and "green" move decidedly more mainstream, but it didn't start out that way.

In early 2000, just before the dot-com bubble burst, I was being romanced by a start-up called "Verde.com," which billed itself as "a 360-degree media company, like Martha Stewart." Unfortunately, there was no Martha Stewart in the model, and the idea was seven years too soon. It flamed out by summer.

By 2007-08, Al Gore became the Martha Stewart of Green, and Discovery Communications launched "planet green," which had a lot of similarities to the Verde model. Green became the new Black.

Celebrities jumped on the bandwagon, driven by Mr. Gore, and the environment even had its own rock extravaganza. But despite its celebrity staying power, and some traction even in the wake of recession, at decade's end consumer choices still have "more to do with the personal benefit as opposed to having some sort of general sense that we have to save the planet," as GfK's Tim Kenyon told Joel Makower.

And there is a growing sense that, despite the scientific "consensus" on climate change and heightened public awareness brought about by Mr. Gore's Academy Award-winning film, "An Inconvenient Truth," environmentalists and climate scientists alike may have played too heavy a hand when it comes to the "climate crisis."

Meanwhile, on the practical side, Green Buildings LEED the way. The US Green Building Council launched its certification in 2000 and in the ensuing years it became not only the gold standard, but ubiquitous in the building trade.  So much so that a survey of commercial real estate executives conducted by Turner Construction Company in late 2008 showed that plans to build green would not be affected by credit market conditions.

Biodiversity loss continued to spiral through the decade, with the latest update of the IUCN Red List of Threatened Species cataloging 17,291 out of 47,677 assessed species being threatened with extinction.

While a 2004 study by World Wildlife Fund, Status of Coral Reefs Around the World, found that 20 percent of the world’s coral reefs have been effectively destroyed and show no immediate prospects of recovery, another 24 percent are under imminent risk of collapse through human pressures, and a further 26 percent are under a longer term threat of collapse.

Still, some progress was made on the conservation front with Brazil leading the way. Brazil accounted for 60 percent of total terrestrial conservation during the decade, according to Mongabay.com's analysis of global conservation data. Unfortunately, Brazil also topped the list of forest destroyers, losing 175,000 square kilometers of Amazon rainforest over the decade.

The Aughts may also mark the end of big, global plans, treaties and conventions that fail to inspire or make progress. One of the hard lessons of this decade has been that globalization of environmental action is doomed to failure by entrenched interests. In the teens, big treaties and plans must give way to local action, stewardship, and adaptation.

I learned this the hard way at the Nature Conservancy as we pushed forward with a big hairy audacious goal that was not, ultimately, achievable. When I pressed others on what would happen if we didn't meet our targets by 2015, I was told "we'll just revise the goal." That sounded too much like the UN and World Bank for my taste.

We also watched with horror as centralized decisions to protect forests in one country led to increased destruction in other countries and biofuels production led to unintended consequences, from skyrocketing food prices to forest destruction.

Yet, I have seen how local people from Indonesia to Ecuador and India to the Caribbean are taking action despite big global pronouncements. I remain convinced that conservation needs to be local to be global -- or "glocal," to use Tom Friedman's coinage. We need local action with a global understanding and a heavy dose of scenario planning.

By the end of the decade, the Copenhagen Climate Summit laid a big goose egg on the UN's efforts to get a global agreement on reducing emissions. Tolling the death knell for top-down, government-led negotiations, in my opinion.

This was also the decade when green became gold. Venture investors poured money into clean tech innovations in the latter half of the decade, reaching a record $7.6 billion in 2008 and only dipping to around $5 billion in 2009, as entrepreneurs and investors tried to help lead the economy back to health.

Wal-Mart surprised everybody in the 00s by leading the way with new standards for sustainability on its shelves, in its stores, and up and down its supply chain. Industrial carpet manufacturer Interface made progress on climbing "Mt. Sustainability," and GE re-envisioned itself as a purveyor of "ecoimagination," bringing good and green things to life.

The Toyota Prius hybrid was introduced in July 2000 and, in its peak year of sales 2007, Toyota sold 180,000 units in the United States. But the Aughts truly were the decade of the "other 2-axle 4-tire vehicle," which includes SUVs and light trucks.

Despite the resistance and doublespeak of US auto-manufacturers, by decade's end, Ford saw its hybrid sales increase and was betting its future on cars like the Escape Hybrid, Fusion and Focus, while GM, limping along with the help of a government bailout, promised the plug-in hybrid Volt and was looking for a buyer for its Hummer division.

In 2005, I wrote that the green tent needed to be expanded. Over the decade, the tent expanded, but is it yet big enough? At the start of the decade, green was seen as a pursuit of elite, white highly educated liberals. The complexion has changed a little, thanks to environmental leaders like Van Jones, Majora Carter, and Jerome Ringo, along with religious leaders like Ted Haggard, Jim Ball, and Rick Warren, but has it really become more inclusive?

In many ways, it seems the movement is even more liberal than it was last century as, other than Governors Schwarzenegger and Crist, the GOP has largely abandoned the environment despite the legacy of Republicans Teddy Roosevelt and Richard Nixon. And, in my view, the more partisan this issue becomes, the more ground it will lose.

Were the Aughts all for Naught? I'm guessing not. Really some progress has been made in a decade of extreme triumphs and failures, tragedies and excess. But we've still along way to go.

What lessons have I learned this past decade? I've learned that private, direct action really is the best way to make change happen; that a new green economy is possible only when we figure out how to make it profitable; that neither big governments nor big NGOs are the game-changers and we should put our trust in the entrepreneurs (social or otherwise); and, finally, that efficiency and innovation can help lead the way to a better future.

May the teens, be a decade of progress and prosperity. Happy New Year!

(Thanks to James Bedell of build2sustain and Jamie Burdett of Worn Again for suggestions that led to the focus of this post.)

Posted by greenskeptic at 11:25 AM