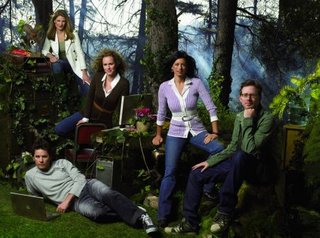 In a post last summer on this blog, I said that what the green-conservation-environmental movement needed was some rock stars. Forget that William Safire, writing in his "On Language" column in a recent New York Times Magazine, dismissed the term as meaning someone devoid of real talent. Ignore Lou Bedrick's chastising of green-activists' fashion faux pas a year ago in Grist: Greens have now arrived and we are rock stars. Well, at least fashion plates.

Vanity Fair, a magazine of fashion and culture, has now discovered that green is good -- and fashionable. Its May "Green Issue" features photo spreads and profiles of prominent green like Al Gore, Robert F. Kennedy, Jr, and Laurie David (stopglobalwarming.org). This signals an “increased commitment to reporting on the threat to our precious environment,” according to editor Graydon Carter. See it on your news stand (and make sure to recycle it when you're done) or read the story here: