Co-working works well for techies, freelancers, and artists -- why not for small food businesses?

That's what Frank Baldassarre and Artisan Exchange are trying to answer out in their West Chester, PA, manufacturing and distribution center.

Frank, Green Skeptic readers will recall, was the idea man behind e3bank, which wanted to be the first triple bottom line bank in the country.

When e3bank ran straight into the collapsing economy, a market weary of banking, and socially responsible investors without any capital, Frank had to pivot.

Frank Baldassarre's a survivor. As a banker, he's lived through the S&L crisis, the dot-com bubble, and the latest market downturn.

"I've seen these cycles before," he told me last Friday during a tour of his new venture. "And I really believe we're starting to see signs of real recovery."

Frank's wife and brother-in-law run Golden Valley Farms Coffee Roasters, which owned a 27,000-square-foot building where it housed its coffee service products and supplies. (Golden Valley has offices and roasting facilities at one end of the building.) 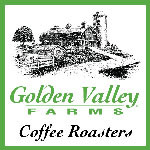 "Basically, the bulk of our facility was full of paper cups, lids, straws, stirrers, and stuff like that," Frank said. "You have to sell a lot of paper cups that have little or no margin to make enough to cover overhead."

At first, Frank tried to lease or sell the extra warehouse space, but there wasn't much call for light manufacturing in the region and there were no buyers for such a large space.

Frank and his family like to eat locally, healthy, and well; a combination that had them running around to specialty shop in the region.

Simultaneously, Frank began to wonder how all these food manufacturers with specialty, small batch products were able to survive. Many were working out of their homes, isolated and alone, and didn't have access to the commercial facilities that would make their business scalable.

With the expansion of the slow, local, and organic specialty food market, Frank hit upon an idea. He had an empty space; the market had a need. Why not combine the two?

Dividing the space into 120-square-foot "blocks," Artisan Exchange rents the spaces to small-scale, individual food manufacturers -- from heirloom cakes to hot sauces, from cheese spreads to bake-at-home pizza and gelati -- providing the entrepreneurs access to a centralized, commercial-grade sanitation facility, shared retail space in the form of a year-round weekly market, and the kind of collaborative,"you're not alone" atmosphere that co-working spaces engender.

In addition, Artisan Exchange collectively markets the tenants under their own banner, which helps attract customers to the weekly marketplace at the site and makes advertising more affordable for the individual businesses. Artisan Exchange is exploring cooperative buying for supplies and materials the entrepreneurs need to create their products.

A year ago, Artisan Exchange opened its doors to its first member-tenants. Now, with one of the original tenants, a pasta maker, having outgrown its walls, the space is almost fully subscribed. There are plans for a brewpub, as well as a full commercial kitchen, and that's only the beginning.

For more of the flavor of Artisan Exchange, check out this video from WCTV: