The Wal*Mart Game-Changer: How Green is Your Sustainability? 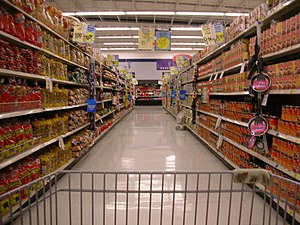 I've said it before and I'll say it again, if anyone can make the transition to the new green economy work, it is Wal-Mart.

Oh, some argue that they are the evil empire, with their huge building footprint and their aisles upon aisles of cheap, sometimes useless stuff.

Others will ask, why don't they treat their workers better or their small business competition?

But no one can argue that the latest move by the bargain-dealing superstore isn't a game-changer: Wal-Mart is launching a Sustainability Index.

A Sustainability Index? That's right. Wal-Mart plans to track and rate the life-cycle of every product it sells in its stores and list the results on the shelf.

According to an article by Marc Gunther on Slate's The Big Money, Wal-Mart has been working with a consortium of consumer-goods manufacturers and universities to develop this index.

Wal-Mart's new CEO Mike Duke will unveil the Index this Thursday, July 16, at the company’s corporate headquarters in Bentonville, Arkansas.

Measuring sustainability all up and down a product's chain is tough, especially if you factor in "people and communities" to the index, as Gunther reports is Wal-Mart's intention. But if anyone can do it the Bentonville Behemoth is probably up to the task.

Kudos to Wal-Mart for taking this next step. Let's hope it works and really changes the game.

Reblog this post [with Zemanta]">
Posted by greenskeptic at 9:10 AM