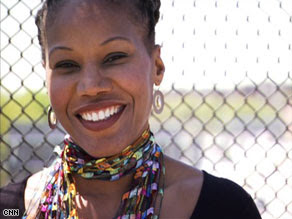 Majora Carter is one of my green heroes. As the founder of Sustainable South Bronx, she has effectively turned around an area that was once best known as the poster child for urban blight.

The South Bronx was once a thriving, working-class community; it was also home to rich cultural traditions and influences. (Think: hip-hop, which first emerged from there in the 70s.)

Majora wants to see the South Bronx restored and respected, and is committed to its bright, green future.

Highlights from the story:

-Carter, who grew up in the Bronx, set up Sustainable South Bronx in 2001

-She wrote a $1.25M Federal Transportation planning grant for the South Bronx

Her organization promotes green-collar jobs and sustainable development as a route out of poverty and to create stronger, healthier and greener communities. She wants Manhattan to start handling its own waste rather than dumping it on the local communities

CNN spoke to her about her inspiration, her work and her hopes for the future:

Here is more on Majora: Bio

And a slide show of her work: Slides


She is so damned inspiring! We need more Majora Carter's in the world.
Posted by The Green Skeptic at 2:27 PM